“Going halfway never gets you anywhere. Go all the way or don’t go at all.”

For PRELIMS you have to understand AIM ,FEATURES and beneficiaries of the project.

For MAINS you have to see how grass-root is performing and reacting to this scheme and the most important question ; Has it achieved the goal it had to ?

Pradhan Mantri Swasthya Suraksha Yojana (PMSSY), a Central Sector Scheme, was announced in August 2003 to address imbalances in availability of tertiary care hospitals and improve medical education in the country.
AIM:
The Pradhan Mantri Swasthya Suraksha Yojana (PMSSY) aims at correcting the imbalances in the availability of affordable healthcare facilities in the different parts of the country in general, and augmenting facilities for quality medical education in the under-served States in particular. The scheme was approved in March 2006.

IT HAS TWO COMPONENTS:

Further, the academic session for MBBS course at AIIMS Mangalagiri and AIIMS Nagpur with 50 students was started in 2018-19.

Also, 1stsession of undergraduate MBBS course with 50 seats has also started in AIIMS Raebareli, Kalyani, Gorakhpur, Bathinda, Deoghar and Bibinagar from the session 2019-20.

There is space for further policy action: Shaktikanta Das

For PRELIMS you have to literally dig in a little . When Where What How and Who  regarding MPC should be very clear.

For MAINS not an important issue. 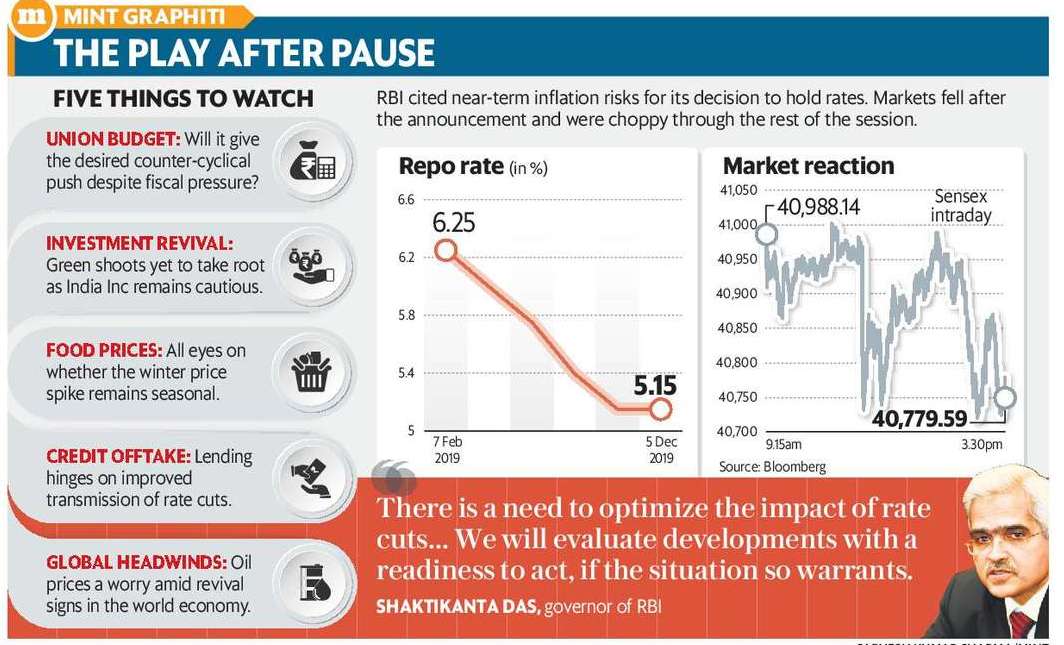 1. HOW DOES REPO RATE WORK?
2. WHAT ARE THE COMPONENTS OF A REPO TRANSACTION?

Below are the parameters on the basis of which the RBI agrees to execute the transaction with the banks:

Preventing Economy “squeezes” – The Central bank increases or decreases the Repo rate depending on the inflation. Thus, it aims at controlling the economy by keeping inflation in the limit.

Hedging & Leveraging – RBI aims to hedge and leverage by buying securities and bonds from the banks and provide cash to them in return for the collateral deposited.

Short-Term Borrowing – RBI lends money for a short period of time, maximum being an overnight post which the banks buy back their securities deposited at a predetermined price.

Cash Reserve (or) Liquidity – Banks borrow money from RBI to maintain liquidity or cash reserve as a precautionary measure.

3. HOW DOES REPO RATE AFFECT THE ECONOMY?

A. RISE IN INFLATION

During high levels of inflation, RBI makes strong attempts to bring down the flow of money in the economy. One way to do this is by increasing the repo rate. This makes borrowing a costly affair for businesses and industries, which in turn slows down investment and money supply in the market. As a result, it negatively impacts the growth of the economy, which helps in controlling inflation.

B. INCREASING LIQUIDITY IN THE MARKET

On the other hand, when the RBI needs to pump funds into the system, it lowers the repo rate. Consequently, businesses and industries find it cheaper to borrow money for different investment purposes. It also increases the overall supply of money in the economy. This ultimately boosts the growth rate of the economy.

4. WHAT IS MEANT BY REVERSE REPO RATE?

Reverse Repo Rate is a mechanism to absorb the liquidity in the market, thus restricting the borrowing power of investors.

Reverse Repo Rate is when the RBI borrows money from banks when there is excess liquidity in the market. The banks benefit out of it by receiving interest for their holdings with the central bank.

WHAT WAS EXPECTED ?
The market was expecting the central bank to cut interest rates for the sixth straight time. All six members of the monetary policy committee voted for keeping the rate unchanged. The accommodative stance of the monetary policy was retained.
This forward guidance in itself indicates that there is space for further monetary policy action. However, there is a need to optimise the impact of rate reductions. The key consideration has to be the timing of further actions, even as we monitor the impact of actions taken so far.

RBI paused to wait for further clarity on the inflation front and the steps that the government might take in the Budget to prop up growth.

SOURCES:  THE HINDU / THE LIVEMINT

For PRELIMS EVERYTHING ABOUT THIS IMPORTANT !

For MAINS just note down MJO . Check our previous Current Affairs for details.

In a tumultuous cyclone season, one more cyclonic storm churned up the waters of the Arabian Sea on Thursday, taking the total number of cyclones this year to five.
Pawan, the fifth cyclone brewing in Arabian Sea this year, veers away from India 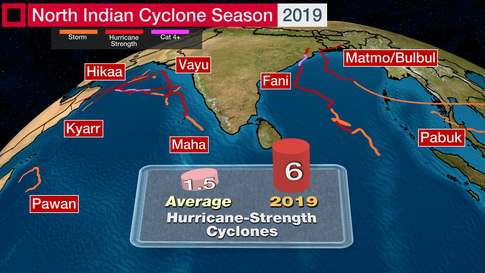 While the Arabian Sea has witnessed five cyclones against the usual occurrence of one every year, Bay of Bengal on the wastern side remains relatively quite with only three cyclones—Pabuk, Fani and Bulbul—compared to the normal occurrence of four cyclones per year.

Taken together, the Arabian Sea and Bay of Bengal, which form a part of the North Indian Ocean, have witnessed eight cyclones this year.

Each cyclone’s spin depends on where it is in relation to the equator. Tropical cyclones spin counterclockwise north of the equator, while their Southern Hemisphere counterparts rotate clockwise.
READ MORE: https://weather.com/storms/hurricane/news/2019-12-05-indian-ocean-dipole-el-nino-tropical-cyclone

For PRELIMS just know these snippets ! This issue is highly volatile.

The government on Thursday said that it was working on rules to mandate social media companies to identify and remove child sexual abuse material, rape images and content promoting terrorism without affecting privacy.

This empowers the government to block any information generated, transmitted, received, stored or hosted in any computer resource in the interest of sovereignty and integrity of India, defence of India, security of the state, friendly relations with foreign states or public order or for preventing incitement to the commission of any cognisable offence relating to above.

More such detail discussion will be done in editorials.

Pictures are important and sometimes advertisements too !

For PRELIMS  tanks and the features are important  .