Don’t be pushed around by the fears in your mind. Be led by the dreams in your heart.– Roy T. Bennett

The Government of India and the Asian Development Bank (ADB) today signed a $1.5 billion loan that will support the government’s response to the novel coronavirus disease (COVID-19) pandemic, focusing on immediate priorities such as disease containment and prevention, as well as social protection for the poor and economically vulnerable sections of the society, especially women and disadvantaged groups.

For PRELIMS here you have to take a quick revision on ADB !

For MAINS go through the various ways this will impact the existing scenarios.

ADB’s Board of Directors approved the loan to provide budget support to the government to counter and mitigate the adverse health and socio-economic impact of the pandemic.

HOW THESE FUNDS WILL HELP INDIA ?

This will  support India’s emergency needs for the health sector while alleviating the economic impact of the pandemic, as well as short- to medium-term measures to restore the dynamic economic growth of the country by exploring all available financing options.

This loan has been signed under ADB’s Covid-19 Active Response and Expenditure Support Programme (CARES Programme).
This includes the support for the affected industries and entrepreneurs particularly micro, small, and medium-sized enterprises (MSMEs)by facilitating their access to finance through credit guarantee schemes.

(i) COVID-19 containment plan to rapidly ramp up test-track-treatment capacity, and

(ii) social protection for the poor, vulnerable, women, and disadvantaged groups to protect more than 800 million people over the next three months.

For PRELIMS go through this innovative solution .

For MAINS do you think we can implement the same on large scale in urban areas ?

This initiative is a major step by Agartala in the fight against Covid-19.

Over 5.3 mln can face hunger in Burkina Faso, Mali and Niger by August: FAO

For PRELIMS go through the key observations made by FAO here for central Africa.

For MAINS go through suggestion in windup !

The 2020 Global Food Crisis report released last week warned about acute food insecurity in these countries due to increased violence, displacements and disrupted agriculture and trade.

To contain the pandemic, they have adopted measures such as closure of borders and restriction on markets.

Besides chinkaras and blackbucks, poachers have targeted peacocks, grey francolins in Rajasthan

For PRELIMS the animals mentioned here are all in Least Concerned category ! That makes us research more on other aspects like Bishnoi community and their practises.

The hunters are taking advantage of slack monitoring and sparse public movement in the remote areas. 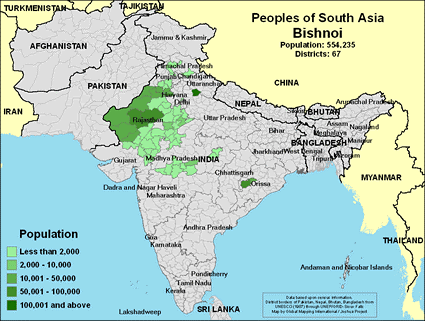 Regarded as a great saint, he preached love for all living beings through his ‘shabads’ (sayings) which are known to be 120 in number and are available as ‘shabadvani’.

SO HOW CAN YOU BE A BISHNOI ?

To be a Bishnoi, the exclusive requirement was to live by these 29 life principles including no killing or eating of animals, no cutting down of ‘living’ trees or their ‘living’ (i.e., green and growing) parts and no alcohol consumption.

The chinkaras are usually poached in Rajasthan, allegedly by the Bawaria community, whose traditional occupation is hunting.

For MAINS do you think there can be a chance of another outbreak in least developed countries of measles or polio ? If yes what is your opinion on immunization approach and lockdown validity ?

The agency estimated that 4.5 million of South Asia’s children had already missed out on routine immunisations, even before the pandemic struck.

Losing out: A boy receiving polio vaccine in Peshawar, Pakistan, in this file photo.

“While the COVID-19 virus does not appear to make many children seriously ill, the health of hundreds of thousands of children could be impacted by this disruption of regular immunisation services,” .

UNICEF noted that “sporadic” outbreaks of preventable diseases that can be cured with vaccines, including the measles and diphtheria, have emerged in Bangladesh, Pakistan and Nepal.

For MAINS this is an upgrade to anti-graft rules .

Scope and ambit of grafting is being increased , this is one such example !

In a significant ruling, the Supreme Court has held that bribery and corruption in a deemed university can be tried under the Prevention of Corruption Act.

KEY POINTS FROM THE VERDICT:

VERDICT :
Individuals, authorities or officials connected to a deemed university, whatever be their role or designation, come under the definition of a ‘public servant’.
Officials of a deemed varsity, though not seen as public servants in the conventional sense, perform duties in the discharge of which the State, the public and the community at large has an interest.

For PRELIMS we will solve this report further in upcoming videos.

The U.S. Commission on International Religious Freedom (USCIRF) has downgraded India to the lowest ranking, “countries of particular concern” (CPC) in its 2020 report.

A file photo of an anti-CAA protest in New Delhi.

“India took a sharp downward turn in 2019,” the commission noted in its report, which included specific concerns about the Citizenship Amendment Act, the proposed National Register for Citizens, anti-conversion laws and the situation in Jammu and Kashmir.